Tourists are finally back in European destinations and most of our members are reporting soaring volume. Furthermore, we welcome the positive news that testing restrictions to the United States have been lifted, simplifying the journeys home.

In the middle of a busy summer season members are juggling a variety of operational challenges including staff shortages, positive COVID-cases requiring drivers, tour guides, and passengers to isolate, visa processing problems, and new complicated booking systems for attractions. In addition to the day-to-day challenges, it appears the German finance ministry remains determined to introduce the twice-postponed change in VAT treatment and, in a surprise move, Barcelona is looking to implement group size restrictions in the City centre.

Part of our role is to make sure the business conditions and the value of inbound tourism are clearly understood by government. In addition to our advocacy on a European level and in destinations, Tom Jenkins, ETOA’s CEO, is the new Chair of the Tourism Alliance, which acts as a representative sectoral contact group for the UK government.

Some of the topics we will cover in this edition of the Destination & Operational News are:

If you have further challenges and issues you would like us to be aware of, please contact us. ​

It is with great sadness that we share the news of the death after a short illness of Giulia Silj, a cherished colleague to those who worked with her in The Travel Corporation and the wider tourism family in Italy and beyond. Giulia was a great friend to ETOA, wise and insightful as we tried to make sense of the latest twists and turns of the business conditions in Rome. For many of us our post-pandemic industry, for all its competitive creativity and business acumen, also feels newly collaborative, kind and thoughtful; in short, it is more like Giulia. We will miss her. 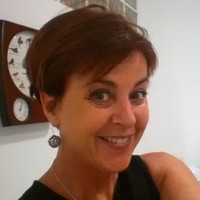 On 7th June we held our member-only group tourism working group meeting. Tour operators reported difficulties navigating new and complicated booking systems for attractions and museums. Many of the popular attractions are no longer accepting reservations without payments up front and some are only accepting bookings with passport details. Tickets for Colosseum underground tours are now only released on Saturdays and Sundays.

One member reported how Gallery Borghese took weeks to respond to booking requests despite T&Cs stating a 48-hour response time. We have contacted the gallery and response time seems to have improved.

These challenges are leading some operators to avoid the usual attractions and look elsewhere for other inclusions for their itineraries. The most complicated attractions reported are Versailles, Alhambra, Sagrada Familia and the Colosseum.

While there are less issues getting hold of tickets to the Vatican Museum, operators are reporting how they have had to amend itineraries to allow time for parking and additional queuing at St. Peter’s Basilica.

Barcelona has passed a law which will enable the restriction of guided group size to a maximum of 15 when moving around on foot within the old city (Ciutat Vella). This could be effective by end of July. Elsewhere in the city, a limit of 30 is proposed. Notification was published here.

The stated intention is to minimise congestion in narrow streets, which has been the subject of complaint by residents. Failure to comply with regulation could lead to substantial fines of at least €1,500. Local elections due later this year may have accelerated the political process.

Managing tourism flows better is a common interest for residents, businesses and visitors. But to change operating conditions at such short notice will be interpreted as indifference to the tourism industry. From a good governance perspective, it is highly problematic. Constructive engagement could still generate more creative solutions. We are urgently seeking engagement with officials.

The next formal stage is a period of consultation which may last a month or more. As soon as we have details as to how local stakeholders and others may participate, we will circulate. The earliest the regulation could come into force is 30 days after the end of the consultation period.

Edinburgh City Council continue discussions with industry on their plans over the next decade to reform city centre access. This includes a low emission zone (LEZ), reallocation of street space and a ‘pedestrian priority zone’. The LEZ has been formally introduced but enforcement will not start until 1 June 2024. The City Mobility Implementation Plan outlines target action dates including changes to vehicles accessing Old and New Town in 2023 and 2025 respectively. Further information here.

London Transport Authority is consulting on proposals to expand the Ultra-Low Emission Zone (ULEZ) to the Low Emission Zone (LEZ) affecting ‘light’ vehicles from 29 August 2023. The LEZ covers most of the area within the London outer ring road (M25) including Heathrow. The consultation is also seeking views on future road user changing. No specific proposals have been published apart from the suggestion to remove the existing congestion charge zone and replace it with “a road user charging scheme that uses more sophisticated technology”. Further information here (closing date of consultation 29 July 2022).

It now appears the German finance ministry remains determined to introduce the twice-postponed change in VAT treatment. This will affect any non-EU operator selling German product to consumers, as well as EU wholesalers packaging German product for resale. This change will increase the cost of German product and increase administrative load.

ETOA is very active on this topic, but we need more industry involvement. To help us to report the likely impact accurately, and provide members with the information they need, please ensure that we have the correct name and contact details of finance managers and Germany operations specialists. You can provide details by emailing us.

The fee applicable to day visitors is currently scheduled to be introduced on 16 January 2023. Confirmation of the fee amount and collection process are still to be announced. The calendar specifying the fee for a given day is due to be published before 30 September. It is not yet known whether a form of dynamic pricing could be introduced. The maximum amount Venice is permitted to levy by national government is €10 per person per day. Information on reductions and exemptions can be found on our Italy tourist tax page.

Visa processing problems are growing. Indonesian groups bound for France have had to cancel due to administrative delay. Chinese citizens resident in Europe report unusual delays obtaining Irish visas. We will focus in more detail on visa policy and practice later in the year. Members experiencing difficulties with their clients’ Schengen, Irish or UK visa processing are encouraged to contact us in confidence.

France, Luxembourg, Malta, Netherlands, Portugal (excluding Madeira) and Spain are the remaining countries within the EU that currently require certification for border entry depending on the person travelling and origin country. Portugal is reviewing requirements today and Finland has announced border entry restrictions and requirements will be lifted from 1 July for all persons. All countries within the EU have removed the requirement for vaccine, recovery or test certification to enter cultural sites and hospitality venues in-destination.

Further information can be found on our travel requirements page including a summary of requirements and when forms must be completed to enter France, Netherlands and Spain in addition to showing certification.

The European Parliament has approved the one-year extension of the EU Digital Covid Certificate (EU DCC) regulation until 30 June 2023. The European Commission will reassess the need for the certificate in December 2022. While most EU countries currently no longer require EU DCC to be shown for border entry and in-destination, the extension helps persons travelling where border entry requirements remain, including those with a certificate issued by a non-EU country connected to the EU DCC gateway.

Later this year, the European Commission is scheduled to implement the Entry/Exit System (EES) affecting non-EU nationals visiting all EU and EFTA member states (except Ireland). Discussions continue about start date and whether it will be introduced in stages to minimise border delays as collection of passenger data is required. Current start date is September 2022, but we understand this is likely to be postponed to November 2022 or early 2023.

The EES is an automated IT system for registering both short-stay visa-requiring and visa-exempt non-EU nationals at borders. There is no cost for non-EU nationals. It will replace manual stamping in a passport and enable use of e-gates.

Following the introduction of the EES, the European Travel Information and Authorisation System (ETIAS) will be implemented whereby visa-exempt non-EU nationals will require a pre-clearance permit to enter the Schengen Area, plus Bulgaria, Croatia, Cyprus and Romania. Ireland will be the only EU member state to not implement ETIAS. The start date is currently set to be May 2023. Further information can be found on our Visas and Borders page and May 2022 Policy Update.

EU member states following the scheme can be found under national derogations from the visa requirements Article 6 2) 2.1. For example, following the UK leaving the EU, non-EU nationals (listed in Annex I), resident in the UK are still exempt from requiring a visa entering 11 EU member states from outside the Schengen Area including Belgium, France and Netherlands.

Entering the UK: the UK Government has not currently established an equivalent of the EU List of Travellers Scheme. All school children require a passport and visa (if nationality not visa exempt).

Even as the sector recovers, ‘overtourism’ is back in the news. From Barcelona’s proposed groups restrictions to Amsterdam’s limit on groups and its intention to take measures to limit overnights to 20MN per year (a figure that could be reached in 2023), the management of visitor flow can be coercive. It should be creative. Product diversification, seasonally and within destinations, is one of the greatest opportunities for positive change, and will be supported by better public-private sector dialogue.

This happens at events and trade shows, also in a range of activity behind the scenes. ETOA is an effective honest broker between industry and policy makers, can provide expert insight that suits the audience and context. This works better in partnership rather than public antagonism. Constructive engagement is supported by representation in Benelux, France, Italy, Portugal and Spain, partners in the Nordics and Balkans, and strategic partnership with CityDNA, ETC, NECSTouR and others.

10% of ETOA’s membership is now comprised of national, regional, and local destination management organisations. This reflects recognition of mutual interest, as well as the effort in the last few years to explore options for more productive relationships. Whether through insight and business services or organising networking drinks and having bilateral discussions, ETOA and its members are part of the solution as destination policy makers plot a path towards a sustainable visitor economy. For more information, see our new Destination Prospectus. 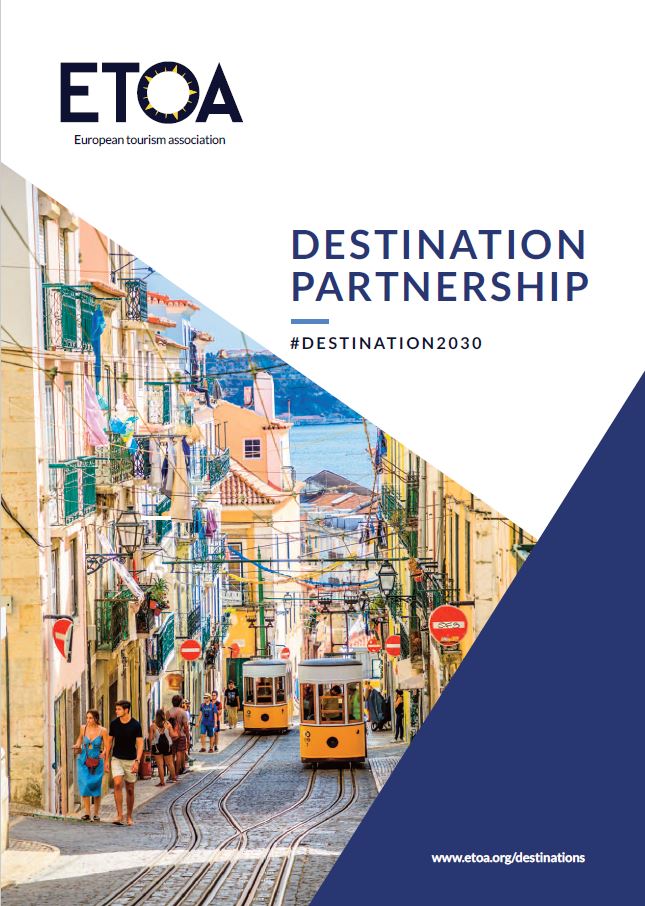 It is still possible for tour guides to apply for their ETOA ID cards this year. This member-only scheme provides them with proof that they are contracted by an ETOA member and supports their status as travel professionals. Read more about the benefits and how to apply here.

We have recently launched a series of short insight videos, ETOA Snapshots. Each Snapshot is less than 10 minutes long and provides an introduction and headline figures on a variety of topics. Currently on the Hub are:

We will add to this library over time, so do please suggest any topics you would like us to cover by contacting Rachel Read. 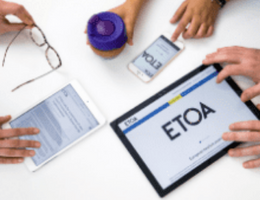 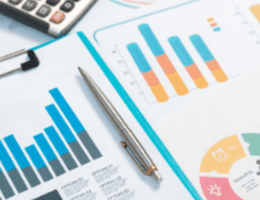 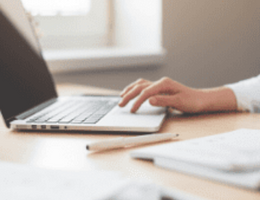